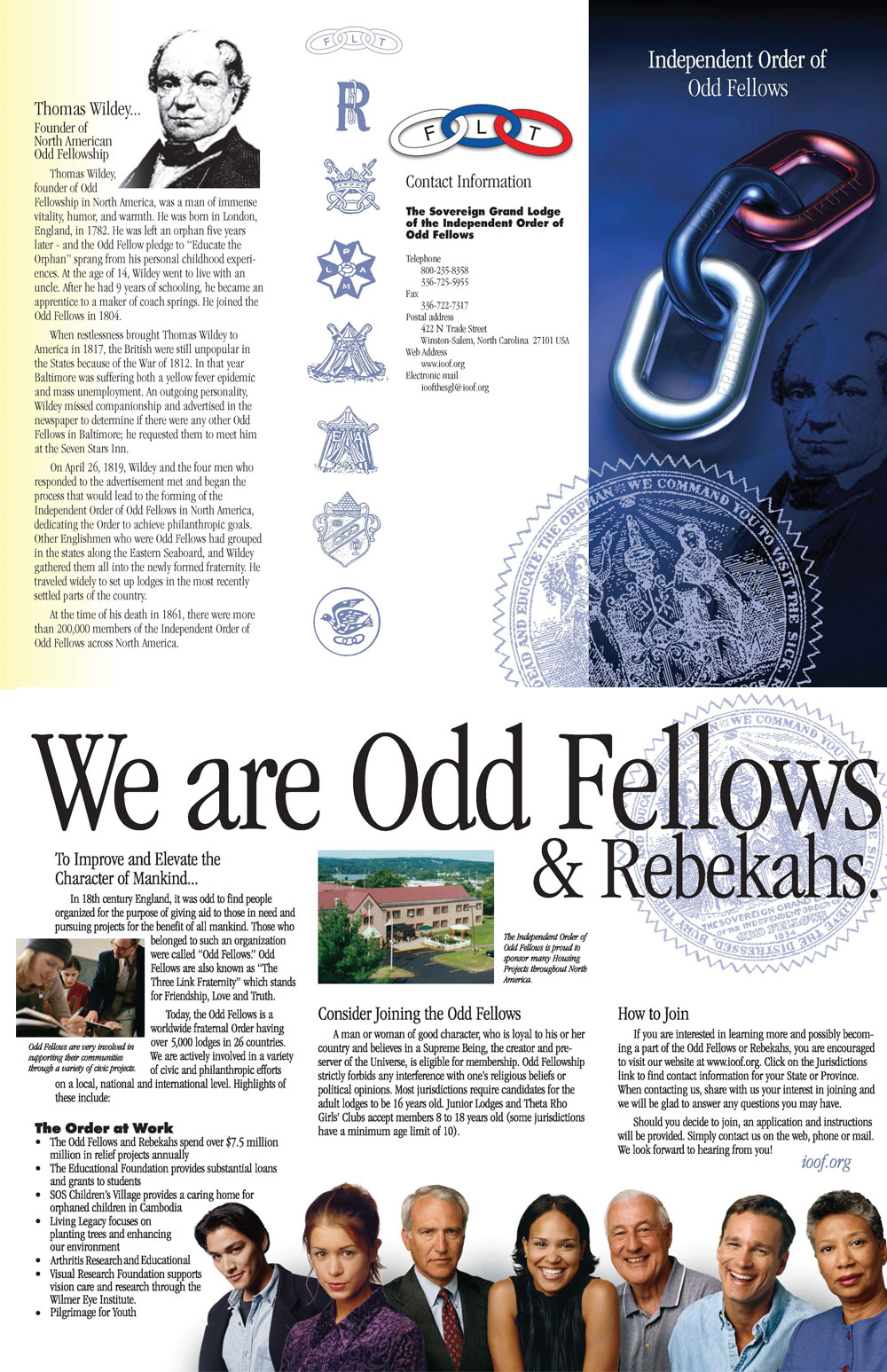 Odd Fellowship began here in the Hawaiian Islands on December 10, 1846. Brothers Gilbert Watson, Anthony Ten Eyck, Marshall Johnson, G. D. Gillman, W.R. Kilbrun, Captain Kennedy and Charles Brewer II instituted the first Odd Fellows’ Lodge outside the Continental United States here in Honolulu, under the jurisdiction of the Grand Lodge of the United States. This Odd Fellowship is still alive and well here in paradise as we strive to carry on the tradition that originated back then.On October 12, 1846 Captain W. R. Kilburn brought his ship, the American brig “HENRY” into the port of Honolulu after a long voyage around Cape Horn, from Newbury port. Among the ship’s passengers was Gilbert Watson, a physician who left his home in the eastern part of the United States with the intention of making Oregon his new home. However the ship was blown off course, and landed here in Honolulu, Hawaii where Gilbert Watson decided to stay. That’s how Mother Nature brought Odd Fellowship to Hawaii.

Before leaving on his journey, Brother Watson had attained the rank of Past Grand, and had obtained authorization from the Grand Lodge of the United States to institute a Lodge of Odd Fellows at the place he settled, provided that enough interest could be generated to form the lodge. Brother Watson was a firm believer in the principles of Odd Fellowship.

Captain Kilburn and the second officer on the brig “HENRY” were also Odd Fellows, so Brother Watson took up with them the proposition of forming a Lodge in Honolulu. Shortly after his arrival, Brother Watson found two more Odd Fellows that had made Honolulu their home. Brother Watson discovered, through Brother Ten Eyck, United States Commissioner for the port of Honolulu, that Captain Kennedy, of the ship “W. H. HARRISON”, anchored in the port of Honolulu, was an Odd Fellow. On December 10, 1846, two days after the original gathering, Excelsior Lodge Number 1, I.O.O.F. was instituted, and still going strong today. We owe a debt of gratitude to these fine gentlemen for the role they took in establishing Odd Fellowship here in the Pacific. Since it’s inception, we now enjoy Excelsior Lodge, Harmony Lodge, Rebekah Lodge, Polynesia Encampment, and Canton, all carrying on the good work started by these pioneers of the Order back in 1846.

In Friendship, Love and Truth

Excelsior Lodge #1 was the first Odd Fellows’ Lodge outside the Continental United States.

The Independent Order of Odd Fellows is a fraternal organization, operating under a lodge system (IRS Code 501(c)8). It exists primarily to provide for the benefit of its members, and our community service and charity activities allow our members to enjoy fellowship while actively doing community projects together.

Meets the first and third Tuesdays of every month at 6:30 pm.

Meets the second and fourth Tuesdays of every month at 7:00 pm.

Meets the second Tuesday of every month at 6:00 pm.

Meets the first Wednesday of every month at 6:30 pm.

Meets the first Wednesday of every month at 6:00 pm.